Statues and pillars puzzles have always been fascinating to me. Whether it’s a lone pillar in a grassy field or a regal statue on a roof’s edge. They always look like there’s more to it than meets the eye. And when you combine D&D puzzles with statues and pillars, there actually is.

The fact that pillars and statues are designed to commemorate an occasion, demand attention, and have a mysterious air about them, is a great starting point for creating an enticing puzzle design.

So let’s look at two examples of these puzzles and how to use them:

Pillars are usually markers of some sort. Either they’re covered in signs that tell a story of why they are there, or they mark the border between two lands or realms. D&D pillars will obviously often be magical in nature. That’s especially true for our rune-covered pillars.

For the design of this pillar puzzle, I’ve used a basic image of a pillar. Next, I used a premade Rune Puzzle from our affiliate DungeonVault and placed it on top of the image of the pillar but creating D&D statue puzzles this way would work equally well.

These rune puzzles come with images that have transparent backgrounds. So all you need to do is use some program that allows you to lay one image on top of another. You can do that in Word, PowerPoint or a free online tool like pixlr. I simply uploaded the images to roll20 to use in my game.

If you want to use these for tabletop play just overlay them, press the ‘print screen’ button on your keyboard, and then crop the image and print. Easy peasy.

But enough technical stuff. How do Pillar Puzzles work?

There are four steps to solving this pillar puzzle:

If players succeed, something happens that you, the DM, decide. A light might shine towards the next pillar, it may break revealing a magic sword, or the homing beacon for the alien invasion has just been turned on. 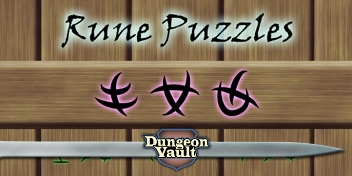 The cool thing about this puzzle is that the DM can simply drop it onto anything at a moment’s notice. In this example we used pillars and they work really well for this. But you can place these puzzles onto doors, spellbooks, or even swords. And there are 30 puzzles in the Rune Puzzle pack and instructions to create even more should you want to. So you can fill your world with all the D&D pillar puzzles you want. 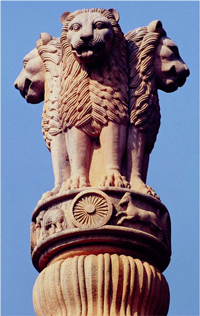 Next up, statue puzzles for your D&D game. I’m going with another puzzle by DungeonVault for this one for the simple reason that they have already created a statue puzzle. And boy is it a great one!

These statue puzzles have four heads, like the ancient Ashokan Pillar of Sarnath c. 250 B.C.E. (Not the mount Rushmore 4 heads). But that’s not all. They also shoot lasers from their eyes.

No that’s not a typo. Four-headed laser-shooting statue D&D puzzles. Now you might be thinking, that’s a bit far out there but it just works. And the puzzle system itself is just perfect.

Here’s how to introduce this Statue Puzzle in D&D:

“For millennia, statues of the Four-Headed Lion have emerged on old hilltops and in long-forgotten ruins. The sculptures have recently come to life! It’s anyone’s guess why.”

You can either make up a rationale that matches your campaign or keep it a secret. Even though the lion statues have come to life, they cannot be moved or harmed. When they are attacked, they fire lasers from their eyes.

When the players approach a statue, they hear four deep voices uttering a number that tells them how many lasers the statue needs to shoot out to solve the puzzle. The number can also be found on top of each lion’s image. 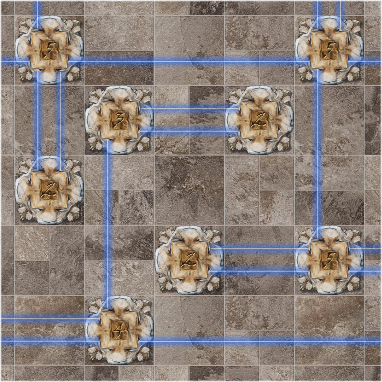 When you touch a lion’s paw, a laser shoots out of its eye. So pressing the left foot activates a laser that shoots out of the left eye, and so on. Each lion’s face either fires one or two lasers or remains still. Up to two lasers can be used to connect statues.

“Where are the others?” the Lion Statues mourn.” They’ve gone missing. In the mists, we can’t see them…”

All lion sculptures must be connected in such a way that every lion statue is connected to the whole. Although not all statues must be directly connected, you must be able to ‘travel’ to each one by following the lasers.

Lasers can go horizontally or vertically, but they must not intersect. Each laser must be linked to another statue. To solve the puzzle, players must draw lasers between the lions.

What’s so great about Laser Puzzles? 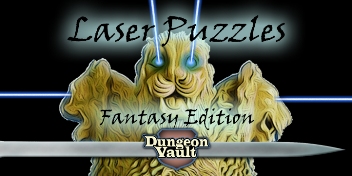 I’ve run this puzzle a couple of times in my D&D games and there’s a few things that really make it stand out. First, my players liked it. The idea of a laser-shooting statue puzzle was fresh and this puzzle has a very nice flow to it.

They also liked how everyone at the table can work on this puzzle simultaneously. And it doesn’t matter where you sit. You can view this puzzle from all angles and work on it. This helps a lot with cooperative play.

For me, as a DM, I really liked how easy it was to set up. I simply used the grid of my battle mat and laid out the printed puzzle piece on it. And the players all grabbed an erasable marker to draw the lasers. But if you’re running a virtual tabletop, you can lay it out on the battle grid and it comes with laser images players can manipulate.

Just like with Rune Puzzle, these Laser Puzzles come in a pack of 30 with instructions on how to create your own puzzles.

Where Can I Get Pillar and Statue Puzzles?

You can get these puzzles through our DungeonVault affiliate webshop which will take you to their website. If you simply want a huge amount of illustrated puzzles to use in your game consider picking up their Puzzle Bundle. Creating quality puzzles is not easy and they put so much work into that pack.